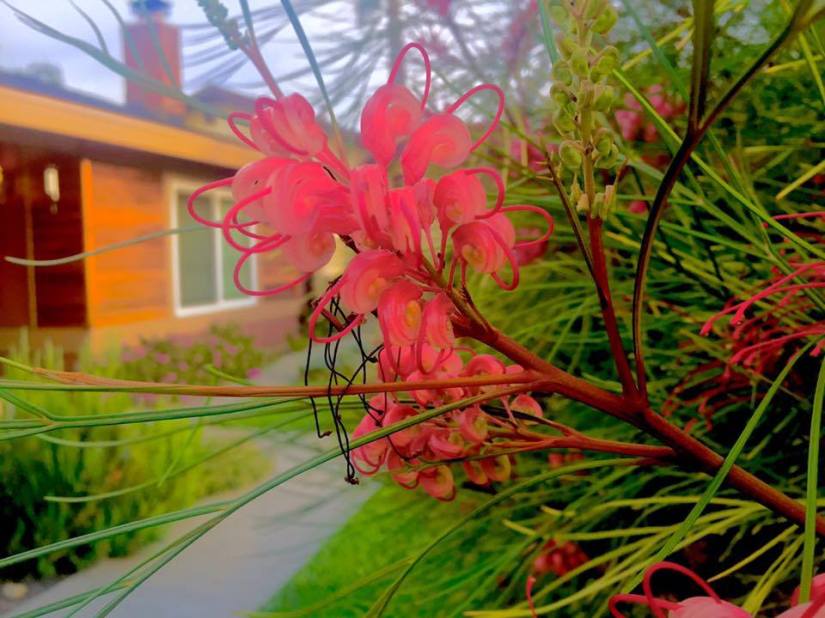 My love of art and design had me intrigued from the beginning by all of the stylish and sophisticated uses of small spaces in tiny homes. I loved the idea of taking care of something much simpler than the house I currently lived in. And I loved the non-committal nature when it came to where I would locate… (aka wheels). Retirement was a little ways off, but I soon realized that an early retirement would be within reach. If I stopped living with so much stuff I wouldn’t need so much money and I wouldn’t have to keep working so hard.  The idea of having the freedom to move about the country in a sheek, tiny home exploring what our country had to offer, sounded fabulous. I would sell my house and use the profit to finance the tiny house and transportation. I would be debt free and also free of all of the maintenance and care of a home.

First came research. I started an online facebook group where I could begin collecting information and learn about the process of building a tiny house.  The idea of living simple, and having a very small environmental footprint was intriguing. I began collecting books, which led to more books that I realized I would need to fully understand my options. I added friends to the group who seemed interested, and noticed that many of them were like me creative types. My plan started shifting to buying land and creating an artists’ community on it, with several tiny houses.

There were prefabricated houses, pop up houses that could be shipped to one’s household, tiny houses on wheels and my favorite, container homes. At the time 400-600 square feet sounded good. I never thought I could get down to the 200 square feet I ended up with.

The challenge in front of me was where to park my tiny house. I would need to find land. Looking for land to park my house on became the focus. I had an amazing real estate agent who had helped me sell my home in Upland so I reached out for her help in finding land, which was a whole different venture.

I saw a few 3-5 acre lots with beautiful views down in Rainbow California, a happy town with a hippy culture. Avocado farmers in the area were selling off bits and parts of their land. The first one was a little too far out with a bit too much wildlife nearby. I should have known when my dog refused to get out of the car. I would have had an amazing view but nobody would ever know if anything ever happened to me. The nearest neighbors I could see were actually folks squatting on land in the distance… boondocking. At that point, I didn’t really know what that was. Another property, if I squinted just so on a sunny day I could see the ocean! It was a short twenty minute drive away. I soon found out I was living in fantasy land with that property too. My friend who understood what to look for in land pointed out the abundance of poop all over the five acres. When I actually let that come into focus, I realized there were several kinds, some coyotes and some had berries, so I’m guessing bears, and a third unidentifiable pile.  Also the water flow on the property would create maintenance issues in the future. There was a creek along the edge that emptied into a green lake below. The previous owner was splitting his property into a couple of properties. The other piece of land had the house with water, electric and the rest of what was needed. This property would need everything from the ground up. That brought the cost back up to the cost of a regular house and defeated the purpose. I was determined not to get discouraged and looked at a few more properties in the high desert. All of the locations had gorgeous views, but nothing was grabbing me yet. And my dad’s voice in my head was encouraging me to shift focus and try out living tiny in an RV first. I’m not sure when I first heard of Airstreams but when I realized there was a whole culture around it, and design was a big part of it, I got excited. Also, learning that Airstreams held their resale value made me feel a little less nervous about taking my next leap. Off I went to Airstream LA.

4 thoughts on “In the Beginning”