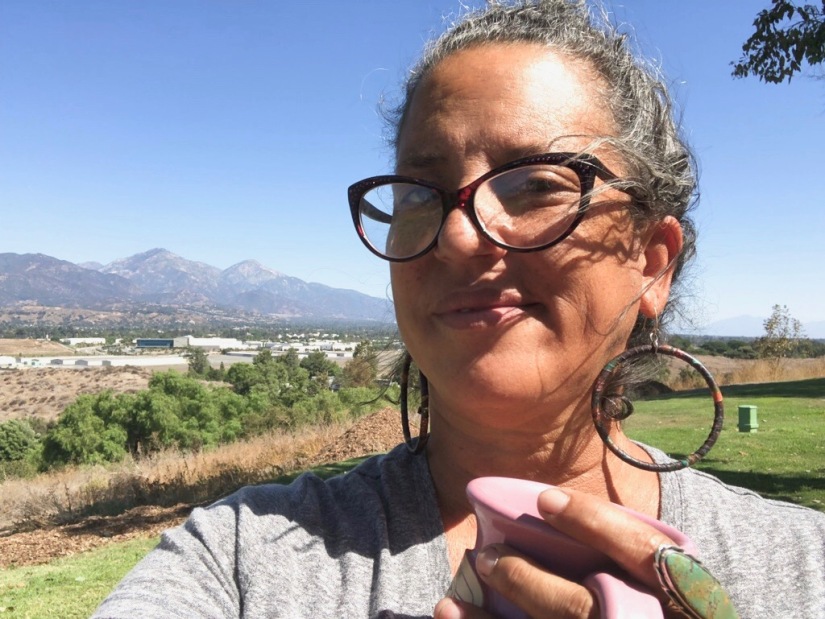 Ummmm… yah… here I would learn a lesson I should have gotten day one. I looked back through my videos of my introduction to my trailer life and felt a little less stupid since this lesson was not underscored. But still…. it became so obvious after I almost killed myself and all of my RV friends down on the lower hill. By the way, I never told them, so until they follow my blog, they will never know their lives flashed before me one night. 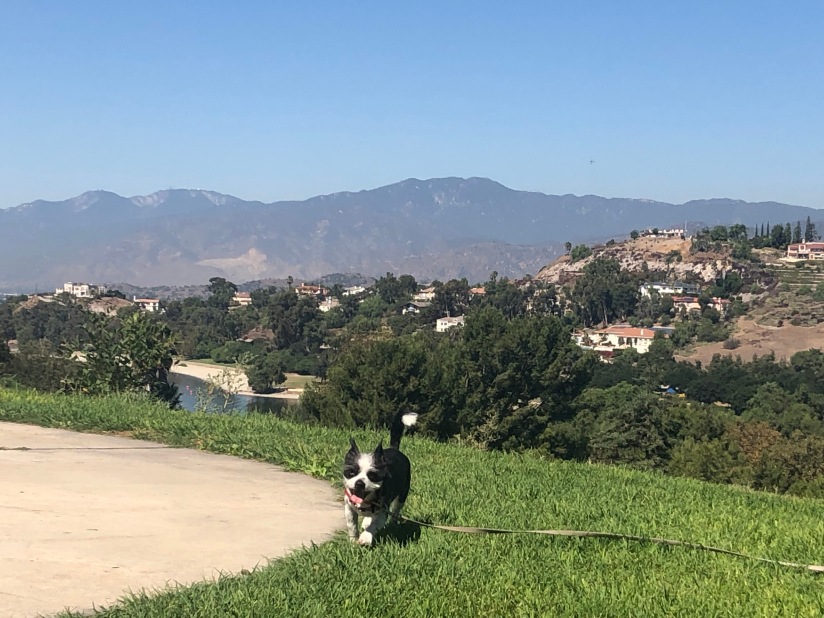 If you have been following me you know I started fulltiming at East Shore RV which since then has been taken over by Bonelli Bluffs. Its the same park, just not as full timer friendly. I put aside my ethics on the takeover and the changes for a flash in order to enjoy the privilege of parking in the most sought after sites in the park. These are the kind of spots with views that make your friends who think you have lost your mind, take a pause and say wow. They get it. They in a second understand why someone would fulltime in an RV. The views are amazing and you never have to hire someone to mow the lawn or work insane hours at a job to keep up the lifestyle. Anyhow, I decided I wanted to enjoy the views of the privileged parking spots in Bonelli. I have to say I had mixed emotions. I was glad to commune with my old neighbors and friends who still full time there…. although most have left. I loved the serene, meditative views. But I did feel a tiny piece of loneliness as the full timers’ community has taken a hit and no longer really exists in the physical space of the park, although it will always live on via cell phones and social media. 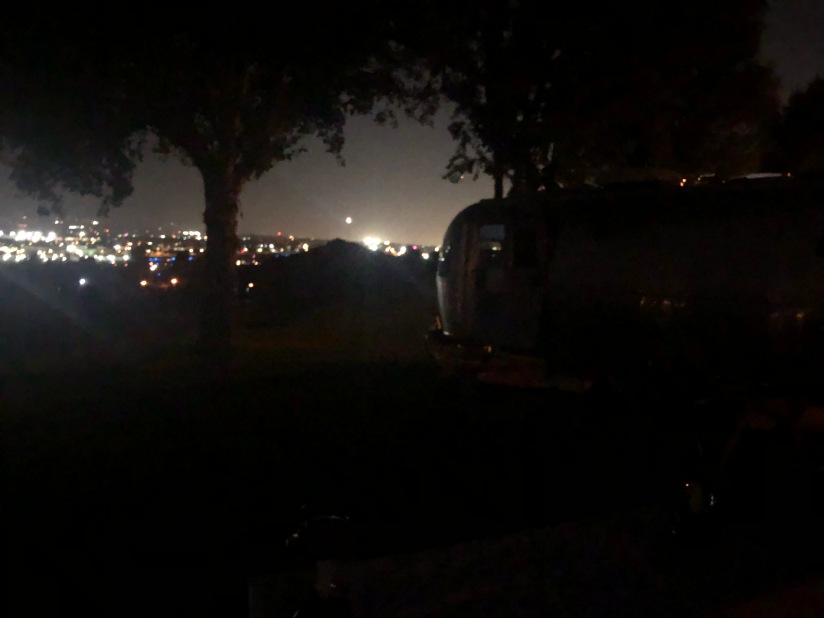 Anyhow… one real lesson learned here came about when I was hitching up to leave. By now I have learned that my style is to pack up the evening before so all I need to do in the morning is get up and drive off. When attempting to hitch I realized I was on a slight slant towards the cliff. This is the same cliff that I had enjoyed the prime view for the last few weeks. Now this cliff had become a source of terror as I kept failing to hitch and watched the sun slowly setting and turning into darkness. There was no way, now that I figured out what was going on that I was going to sleep before hitching and ensuring my safety. You see, I was on a slight slant towards this cliff, which made it difficult to line up my hitch. Each time I tried to lower the trailer onto the hitch I realized it was not in allignment and I had to raise it up again. It would oh so slightly, while shaking the ground a bit with its sense of 8,000 lbs of power, slip an eight of an inch or quarter of an inch closer to the cliff. F—-! Well….. silly me did not realize, you are not suppose to remove the chocks before hitching up again. As a matter of fact, I thought the chocks were just a nice addition to keep the trailer from bouncing about on its four wheels when walking around inside and not really needed. Little did I know before this, that the chocks are something you must put down before you unhitch and you must not take up until after you are hitched back up again. The chocks keep your trailer from rolling and crashing down a beautiful bluff like Bonelli and crushing your friends camped below and totalling your trailer and killing you, if you happen to be in it that is. 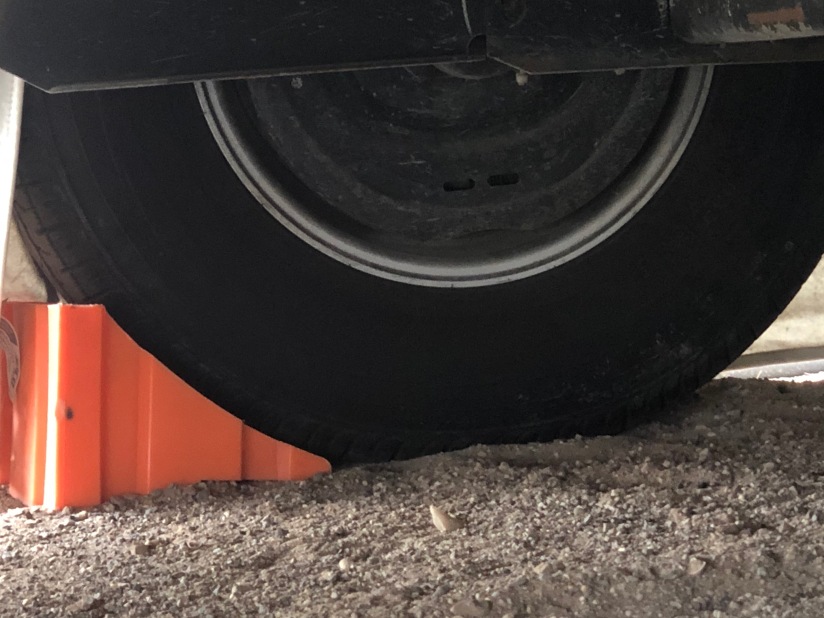 Since then, now that I live on the river where the sand can give way to mini grand canyons, I always throw down my chocks. Lesson learned… thankfully with only a small bit of movement.

BTW…. before my hitch and chock lesson I did manage to knock out one more painting. Sorry the original sold before I even finished it, and I’m happy to say I got my best price ever. I mention that because those who have a dream of doing something I have found if you believe in yourself others will too!  I do have replicas available for anyone who wants to support my love of the arts and travel. Love you guys! 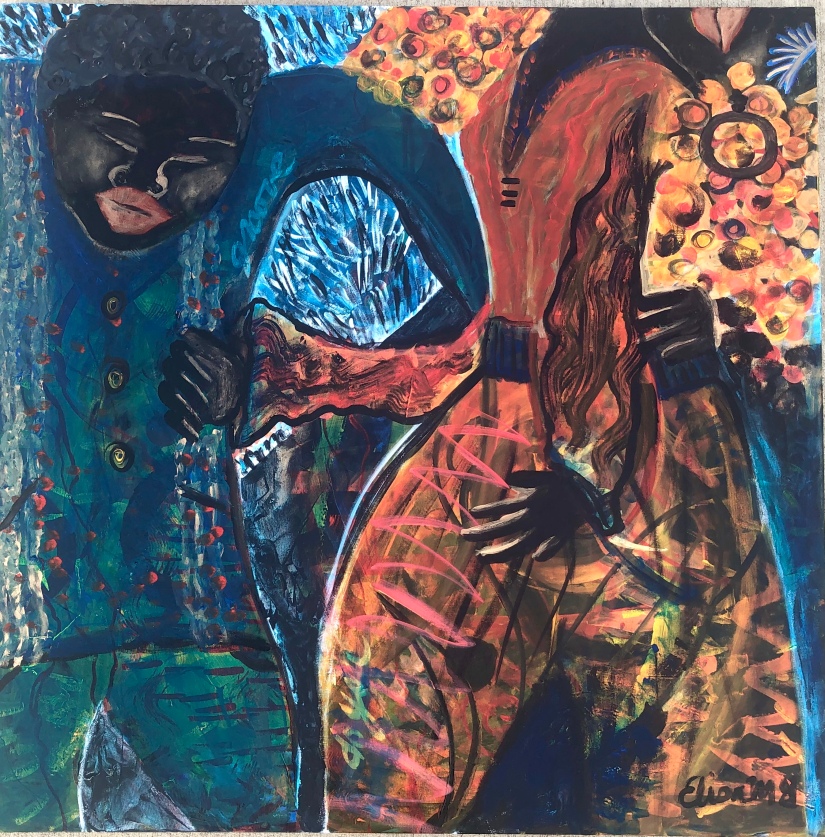 View all posts by ElisaMG